The final round of the 2014 Club League took place on the Hill of Down circuit, and had a grand total of 35 riders taking part.
Visitors from Team-905, Clane, Donadea and Bikeworx all turned out to make some great racing for all involved.

Before the race report, we would like to thank all of the marshals who turned up on the night to help out – we think everyone would agree that they did a superb job, and made everyone feel safe on the course.
Also thanks to Michelle Kavanagh for taking such great photos, right throughout the Club League and especially for being there at the finish lines for the photo finishes!

So – this final round would determine who the title of 2014 Club Champion would go to – there were 4 clear favourites coming into the race, any of whom could seal the championship with a win on the night:

Ciaran Leech, Sandra McCann, Luke McVeigh and Jacob Baldwin could all finish with an unbeatable 94 points if either one took the win.

Tonight we had 7 groups on the road, led off by young Justin Harris with the limit group chasing just behind.

Semi-Limit Groups 3 and 4 were merged at the start tonight, but were soon caught by Group 5 and together formed a ‘super group’ who worked very hard together to stay away from the rest of the field with a great pace of over 35km/h average speed.

The rest of the mid- and semi-scratch groups were quickly swept up by the super-strong 4 riders in a charging Scratch group who set a blistering pace right from the start, hitting speeds in excess of 55km/h, and except for the corners, were barely dropping under 40km/h for the whole first lap.

Here is some footage of Scratch in full flight, somewhere on lap 2, having already merged with Semi-Scratch:

Meanwhile, up ahead, limit trying desperately to stay clear:

So, all groups then came together on the final lap, on the run into the finish, with limit being caught with just 3 or 4km remaining in the race.  Now that scratch had effectively dispatched the potential other league winning riders, it was down to the wire to try and catch the semi-limit group that were powering ahead, still over a minute ahead coming in to the finish.

A catch-and-win for scratch could hand the title to Jacob now, however the strong group up front stayed clear and were led home by young Dillon Ryan from Clane to take his second win in the league.  Closely followed in by Clonard’s Michael Kane and Jamie Quinn to complete the podium placings for the night.

So, now the calculators came out and people were busy adding up scores and taking their two lowest results from their totals and trying to determine the big question – just who will be crowned Clonard Road Club League Champion for 2014?

For Round 7, here are the placings:

The final round of this years Club League will take place on THRS 14th AUGUST, at 7pm.

This particular circuit has a higher marshal requirement, so anyone that has not yet marshalled, and is not already scheduled for this or the last race….we need your help on this one!!!!

First group will be off at 7pm sharp, so please ensure you arrive in good time to sign on, and allow the marshaling team time enough to fit everyone into groups and ‘make the calculation’ as the man said, to time the gaps between each group.
Sign-On is at the Hill of Down (at the Pub on the canal, just in off the hump-back bridge), which is on the Kinnegad-to-Trim road, approx 5min drive out of Kinnegad.

Don’t forget the 2-euro sign-on fee – this is just to cover the cost of the prizes and the food after the race.

The circuit is then, left from the Canal bridge towards Kinnegad, left at the first crossroads, heading towards the (actual) Monastery at Clonard, where we will go left, and then left at the fork in the road in the direction of the Kinnegad/Trim road.

We will turn left onto the Kinnegad/Trim Road (NB!!!  this junction is quite tight, and onto a busy main road, so you will need to pay full attention to the marshals’ instructions on approach)… 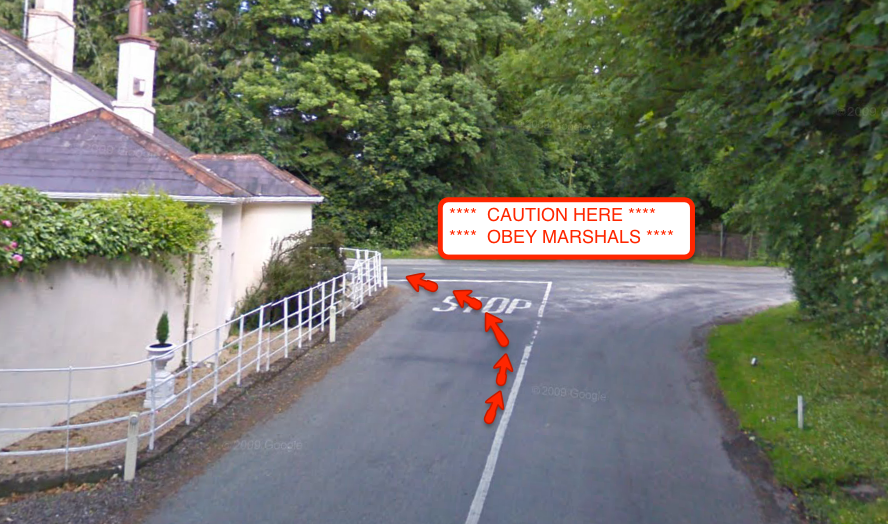 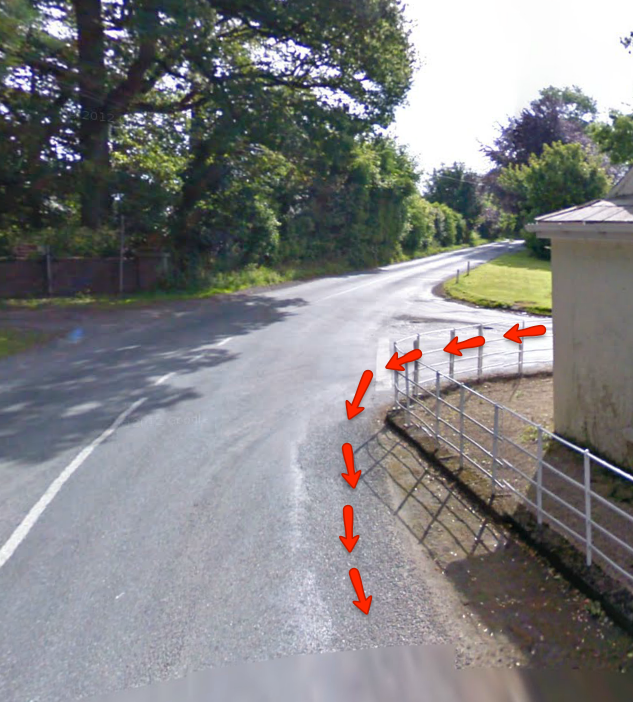 Finish line will be in Killyon village, slight downhill to the line, across from the church…

(view of approach to finishline, looking back against the race direction)

The league table after the last round 6 can be found HERE.

Don’t forget that EVERYONE MUST MARSHAL ONE RACE!!!  This is the very last race, so if you are not on the Rota, but are taking part in the races, please contact the club email address (info@clonardroadclub@.com) as you risk having your highest points deducted if you fail to marshal – anyone under 16 years old obviously cannot marshal, but if your parents can lend a hand on the night, this will be fine, but please let us know so that we have enough marshals on the final night!

Please also check with the Marshalling rota in case you are scheduled to marshal this race.
!! Don’t forget that a penalty applies if you haven’t marshalled a race !!
.